1000th COACH OF THE SEASON ARRIVES AT ARDROSS STREET 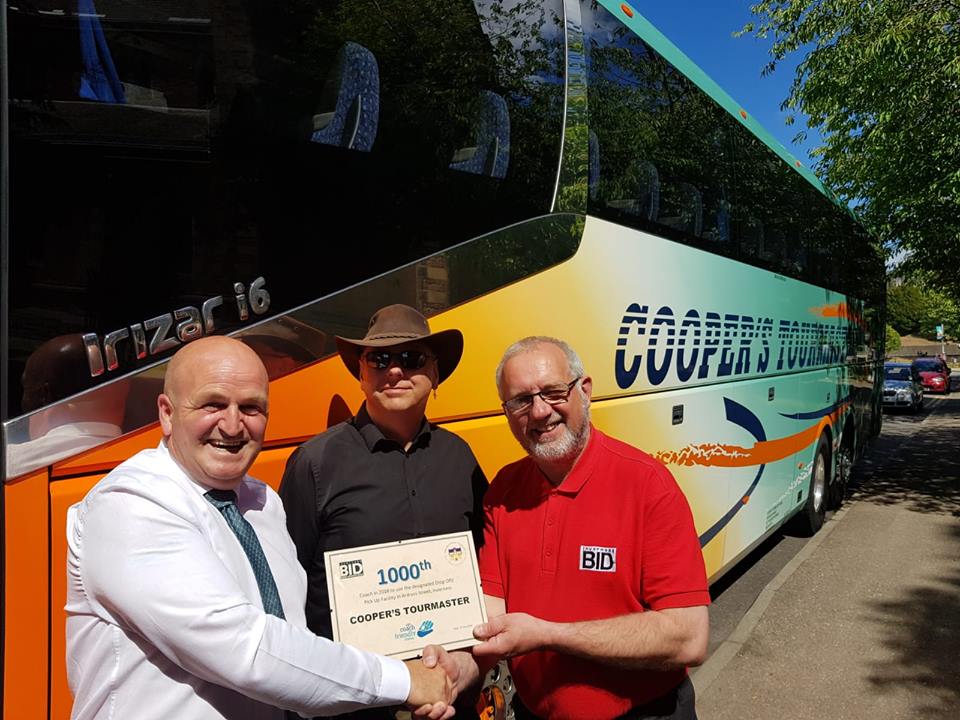 Wednesday 4th of July saw the 1000th coach of the season use the designated coach drop off/pick up facility on Ardross Street. The Coopers Tourmaster coach had picked up a group of German visitors from Edinburgh airport on Saturday 30th June for a 7 day tour around the Highlands.

The above photo shows coach driver James McGrath being presented with a certificate by BID Coach Ambassador, Garry Munro along with Lord Andreas who is the company’s senior Tour Guide.

The Coach Ambassador Scheme was set up at the request of the Highland Council and Inverness BID agreed to staff and manage the scheme initially on the basis of the costs being fully funded by the Inverness Common Good Fund.

This involved having a Coach Ambassador to welcome coaches and visitors on a 7-day basis increasing to 2 or 3 ambassadors when an increased number of coaches from large cruise liners were due to come to Inverness.

Such has been the success of the welcome offered, the numbers of coaches accommodated and the effective management of the street, that following a joint BID/HC application, in October 2016 Inverness was awarded ‘Coach Friendly’ status by The Confederation of Passenger Transport UK (CPT) in recognition of “the commitment made by Inverness to meet the needs of coaches, their drivers and their passengers to the city centre”. We are only the second venue in Scotland to be so designated.

On 23rd August 2017 we had the highest ever one day total of 54 coaches use the facility up from the previous figure of 42.