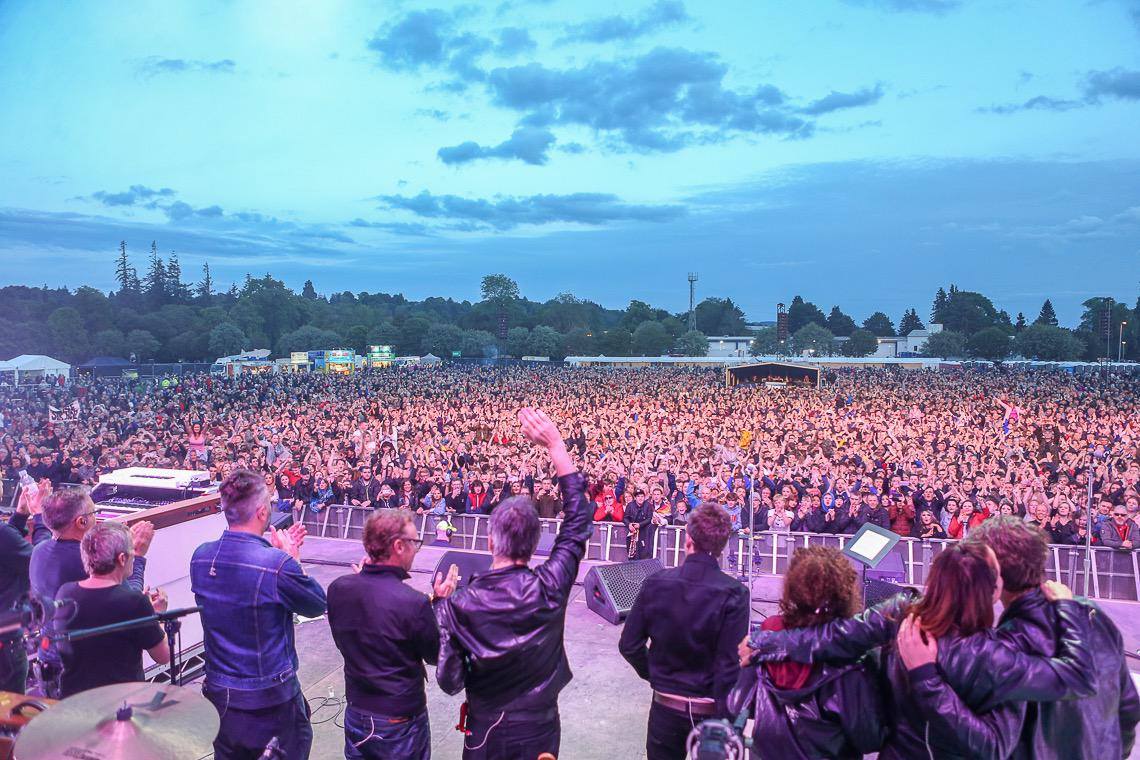 As LCC Live, the biggest producer of live music events in Inverness and the North of Scotland, wraps up its fifth year of ‘Live in the City’, a series of concerts and events in Inverness, it is heralding an extremely successful year.

LCC Live sold over 100,000 tickets for shows and events this summer in Inverness, Taunton and Montrose. Approximately 50,000 of those tickets were for Inverness-based events, including Madness who brought LCC Live’s, ‘Live in the City’ season to a close with a performance at Northern Meeting Park last Friday (23 August).

The summer of live music kicked off with Noel Gallagher and his High Flying Birds with special guests Razorlight and then the inaugural Piping Inverness, The European Pipe Band Championships, which took place in Bught Park. These were shortly followed by performances from The Proclaimers and Skipinnish in the Big Top Tent. Madness and the Kaiser Chiefs performed outdoors in Inverness, whilst LCC Live also had a successful ‘Live in Somerset’ in Taunton’s Vivary Park hosting Madness, Bananarama, Jason Donovan and Tom Jones. In August, LCC Live produced shows for Jess Glynne, Madness and Kaiser Chiefs in Montrose under its brand, ‘Live at the Links’.

“We’ve had another successful year, securing some of the best artists to perform at our outdoor arenas across the UK. We’ve welcomed over 50,000 visitors to Inverness as part of ‘Live in the City’s’ series of events, and being a small, Highland-based company, that is something we’re very proud of.

“With this year’s shows now over, we’re focusing on our 2020 music and events, which are shaping up to be extremely exciting. Announcements will be coming soon!”

Piping Inverness, The European Pipe Band Championships, which returns next year to Bught Park on Saturday 27th June 2020, was a new addition to LCC Live’s line up this year. It was an outstanding success, attracting 140 pipe bands from around the world, over 4,000 competitors and a further 17,000 spectators. Inveraray & District captured the 2019 European Championship title, but the real winner was the City of Inverness, which saw a massive influx of visitors during the event, as well as during the ‘Live in the City’ events, bringing significant economic benefit to Inverness and the Highlands.

“We look forward with anticipation to LCC Live’s announcement of its 2020 events.”